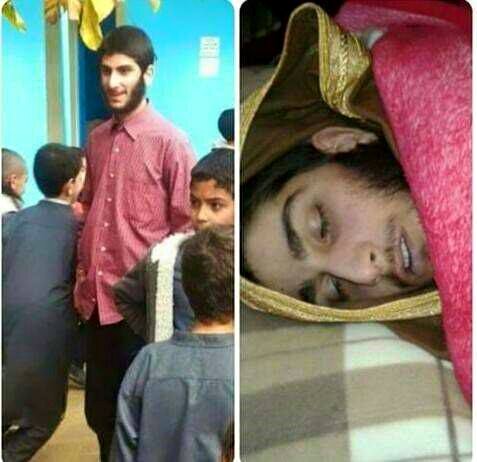 Abdulrahman a young 16 year old Lebanese boy passed away yesterday while delivering the Friday Khutbah. (He passed away Friday 20/02/2015)
A perfectly healthy young man who had dedicated the majority of his young life to memorising the book of Allah and studying His religion sent us a further reminder about the fleeting nature of this life.

His father proudly watching on while his son ascended the minbar to what many believed will be the beginning of a long journey in dawah and lecturing. Yet little did they know that these were the final few steps he would take in this world before his heart stopped beating and he fell from the minbar.

Abdulrahman passed away having studied the deen and while performing a noble action.How many of our 16 year olds who are immersed in the deceptions of this world would be happy to meet Allah in their current state? No one expects to depart this world especially at such a young age, but we have no guarantees and need to rectify our situations in preparation of the inevitable.

While our youngsters are chasing women, drugs and money, Usama Ibn Zayd at the age of 16 was appointed by the Prophet sallalahu alayhi wassalam as a general to lead his army. Where are the Usama’s of our time? Where is the next generation of youth who have jealousy for their religion and will do what it required to restore the honor of Muslims?

May Allah have mercy on Abdulrahman, bless his parents with patience and send us the likes of Usama Ibn Zayd fromamong our children,