&nbsp;If a Muslim is afflicted with Harm because of Sickness
Si un musulman est affligé avec Harm cause de maladie 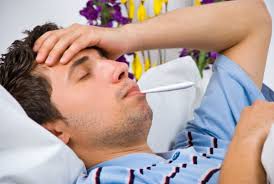 Allah’s Apostle (sallAllahu alayhi wasallam) dit, “Yes, I have as much fever as two men of you have.”

I said, “Is it because you will get a double reward?"