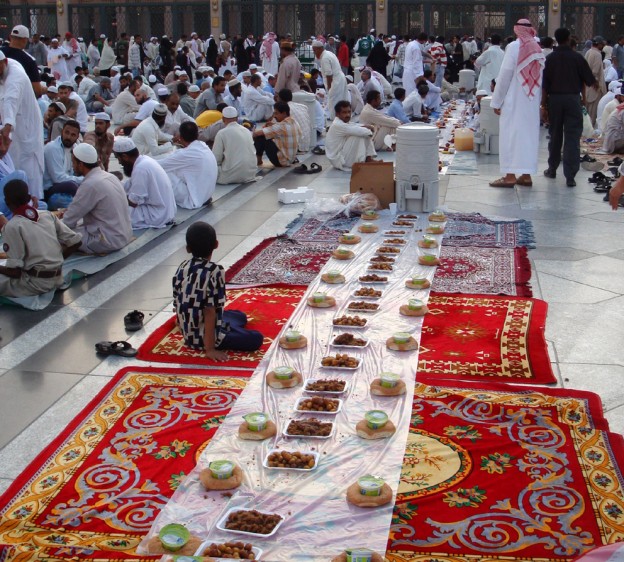 All praise is to Allah, Whom we thank and seek for His help and forgiveness. We seek refuge in Allah from the evils of ourselves and the burden of our evil deeds. Whomsoever He guides, will never be misled, and whomsoever He misguides, will never find enlightenment. I testify that there is none worthy of worship except Allah, and that Mohammad is His slave and Messenger.

Allah said, what translated means, “O you who believe! Fear Allah as He should be feared, and die not except in a state of Islam” [3:102], also, “Mankind! Be dutiful to your Lord, Who created you from a single person (Adam), and from him (Adam) He created his wife (Eve), and from them both He created many men and women and fear Allah through whom you demand your mutual (rights), and (do not cut the relations) of the wombs (kinship)! Surely, Allah is Ever an All- Watcher over you.” [4:1] and, “O you who believe! Keep your duty to Allah and fear Him, and speak (always) the Truth.” [33:70].

The best of speech is the Book of Allah, and the best of guidance is the guidance sent with Mohammad – peace be upon him. The worst of matters are Bid’ahs (innovations in the religion), every Bid’ah is a Dhalalah [misguidance], and every Dhalalah is in the Hellfire.

It is from the immense mercy of Allah upon us that He made us Muslims and believers and that He extended our lives till we reached this Ramadan. It is reported from some of the Salaf (Muslims of the first three centuries of Islam that the Messenger of Allah, salla Allahu alaihi wa sallam, praised in the well known famous hadith) that they used to pray to Allah during the six months before Ramadan to extend their lives so that they can fast Ramadan, and in the 6 months after Ramadan they would ask Allah to accept their fasting of Ramadan. Therefore, we have to be thankful to Allah that He allowed us to witness this Ramadan, so let us please Him during this month.
Why do we fast?

It is from the nature of humans to ask and to wonder why they do things. Muslims do things to please Allah, and they can please Allah only by obeying Him and practicing His religion. Thus, in answer to the question some ignorants may ask “Why do we fast ?” we respond that it is a commandment and a clear order from Allah upon us and we have no other choice by to obey Allah and Please Him out of Love and Fear at the same time.

Ibn ‘Umar reports that Allah’s Messenger said: Islam is based on (the following) five (principles):

1. To testify that none has the right to be worshiped but Allah and Muhammad is Allah’s Messenger.
2. To offer the (compulsory congregational) prayers dutifully and perfectly.
3. To pay Zakat (i.e. obligatory charity) .
4. To perform Hajj. (i.e. Pilgrimage to Mecca)
5. To observe fast during the month of Ramadan. [Bukhari]

Abu Huraira narrates that one day while Allah’s Messenger was sitting with the people, a man came to him walking and said, “O Allah’s Messenger. What is Belief?” The Prophet said, “Belief is to believe in Allah, His Angels, His Books, His Apostles, and the meeting with Him, and to believe in the Resurrection.” The man asked, “O Allah’s Apostle What is Islam?” The Prophet replied, “Islam is to worship Allah and not worship anything besides Him, to offer prayers perfectly, to pay the (compulsory) charity i.e. Zakat and to fast the month of Ramadan.” [The narration of Muslim has Hajj as well]. The man again asked, “O Allah’s Apostle What is Ihsan (i.e.. perfection or Benevolence)?

The Prophet said, “Ihsan is to worship Allah as if you see Him, and if you do not achieve this state of devotion, then (take it for granted that) Allah sees you.” …. Then the man left. The Prophet said, “Call him back to me.” They went to call him back but could not see him. The Prophet said, “That was Jibreel (Gabriel) who came to teach the people their religion.” [Bukhari]. (Note that there are other narrations of this hadith, I took here one from Bukhari)

Since Islam means submission to Allah, we have no other choice but to submit ourselves to Allah and obey His commandments. It is from the mercy of Allah towards us that while He prescribed on us fasting He also showed us the greatness of fasting in this world and in the hereafter to make it beloved to us.