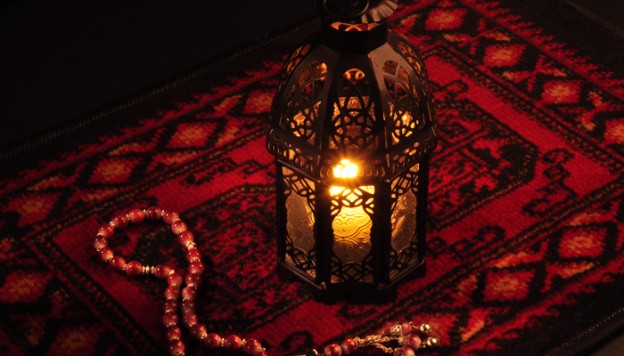 When Imam Bukhari was 3 years of age, he lost his eyesight.

His mother promised herself that she would pray tahajjud salah until Allah restores her son’s eyesight back.

And that’s exactly what she did. She prayed tahajjud every night until one night in a dream she saw Ibrahim (as) give her the good news that Imam Bukhari’s eyesight had been restored. She ran to her son and when he awoke, he found himself with vision again.

This mother didn’t go into a state of helplessness after her young child lost his eyesight. Being a single mother, she didn’t lose hope and become disheartened with the difficulty she would have to face with bringing up a son with a disability. She knew very well the power of dua. She knew the beauty that lies in praying tahajjud salah.

She knew Allah comes down to the lowest heaven asking his servants to make dua to Him at this time. Her taqwa, her conviction in the Might of Allah is what led her to consistently pray. To pray tahajjud salah means you sacrifice your sleep. But she did it without fail. It wasn’t a “sacrifice” on her behalf but a most needed task.

When we read about the life of Imam Bukhari or know what his contribution to Islamic history and education is, how can we not look back at the household he grew up in. The mother that raised him. The mother that made dua for him in the darkness of the night.

A widow, a single mother. But she had a wealth many of us fail to embrace. She devoted herself as a slave.
These women are our role models. These women are who we look up to. Not because we know how pretty or amazing they were in looks. But because in the face of tests, they remained close to Allah. With a history filled with women who brought up men like Imam Bukhari and others, how can we feel demotivated when it comes to our own children.

If we want good for our children, and see them grow up to be good slaves, we need to take the necessary steps to become a good slave too.
This reminder about this mother’s dua came at such a perfect and apt time for me. A time when I’ve become extremely worried about my children.

This reminded me that dua is no small thing.