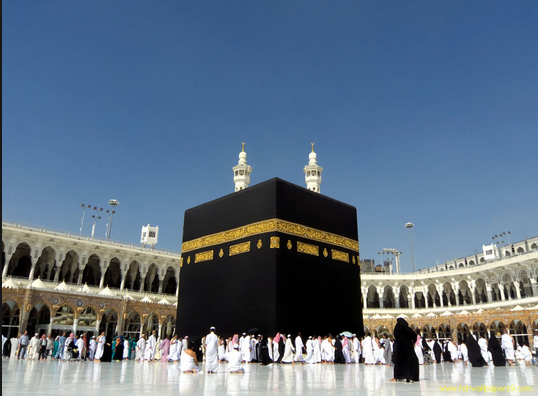 The ninth day of Dhul-Hijjah is the day of ‘Arafah, since it is on this day that the pilgrims gather at the mountain plain of ‘Arafah, praying and supplicating to their Lord. It is mustahabb (highly recommended) for those who are not pilgrims to fast on this day, since the Prophet (sallallaahu ‘alayhi wa sallam) was asked about fasting on the day of ‘Arafah, so he said, It expiates the sins (Minor) of the past year and the coming year. [Muslim (no. 1162)]

Imaam at-Tirmidhee (d.275H, rahimahullaah) said: “The People of Knowledge consider it recommended to fast on the day of ‘Arafah, except for those at ‘Arafah.” [Muslim (no. 1348)]

Quote: Likewise, the Prophet (sallallaahu ‘alayhi wa sallam) said: There is no day on which Allaah frees people from the Fire more so than on the day of ‘Arafah. He comes close to those (people standing on ‘Arafah), and then He revels before His Angels saying, ‘What are these people seeking.’

As for you staying till the evening in ‘Arafah, then Allaah descends to the sky of the Duniya and He boasts about you to the Angels, and says: ‘My slaves have come to Me, looking rough, from every deep valley hoping for My mercy, so if your sins were equivalent to the amount of sand or the drops of rain or like the foam on the sea, I will forgive them. So go forth My slaves! Having forgiveness and for what or who you have interceded for.’

[Reported by at-Tabarani in his book “al-Kabeer” and by al-Bazaar. Shaykh Al-Albani graded it Hassan. Taken from ‘Saheeh al-Targheeb wa Tarheeb.’ Volume 2, Page 9-10, hadeeth no. 1112]

In Al-Saheehayn, it was reported from ‘Umar ibn al-Khattaab (radiallaahu ‘anhu) that a Jewish man said to him, “O Ameer al-Mu`mineen, there is an aayah in your Book which you recite; if it had come to us Jews, we would have taken that day as an ‘Eid (festival).” ‘Umar said, “Which aayah?” He said (what means): This day I have perfected your religion for you, completed My favor upon you, and have chosen for you Islam as your religion. [al-Maa`idah, ayah 3]. ‘Umar said, “We know on which day and in which place that was revealed to the Prophet (salallaahu ‘alaihi wa sallam). It was when he was standing in ‘Arafaah on a Friday.”

Allaah expresses His pride to His angels

It was reported from Ibn ‘Umar that the Prophet (salallaahu ‘alaihi wa sallam) said: Allaah expresses His pride to His angels at the time of ‘Ishaa` on the Day of ‘Arafaah, about the people of ‘Arafaah. He says, ‘Look at My slaves who have come unkempt and dusty.’

Narrated by Ahmad and classed as saheeh by al-Albaani.

Allaah Swears by these 10 Days, odd and even

Allaah swears by these days.

2. By the ten nights (i.e. the first ten days of the month of Dhul-Hijjah),

Quote: The Prophet (salallaahu ‘alaihi wa sallam) said, The ten are the ten days of Dhul-Hijjah and the odd is the Day of Arafah and the even is the Eid.[Ahmad 3/327, and Bazzar 2286] Ibn Rajab graded the isnad of this hadeeth as being Hasan.

The standing on ‘Arafaat Is the Hajj

The standing on ‘Arafaat is the Hajj. The crowds should remind you of the Day of Resurrection. Humble yourself to Allaah, manifest your ‘uboodiyyah to Him Alone through du’aa, sincere intention and strong determination to free yourself from the sins of the past and to build up a commitment to rush for doing what is good. Think of becoming a better person when you return. Rid yourself of false pride and showing off because it may ruin what you gain on this day.

One thought on “Fasting on the Day of Arafah”