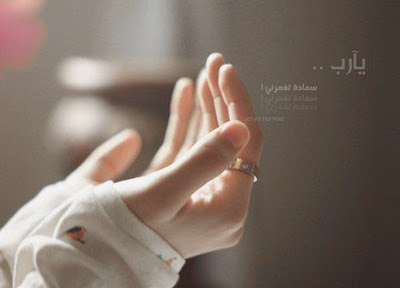 Are You a Muslim Who Doesn’t Pray? Read On…

Something inside you is broken. Scratch that.. It’s not exactly broken.. More like, it feels hollow inside. Something is missing. You feel nothing.. Numb.

So how do we get from this to praying? The problem with most advice on salah is that it looks at things from a reactive point of view instead of a proactive point of view. Not praying? Well, just start. Or better yet, take one salah at a time and keep building until you reach five. Good advice, no?

No. It doesn’t address what leads a person towards salah to begin with.

For some one who feels that hollowness inside, ‘just praying’ does nothing to stir the soul. It doesn’t fill you up. And, in fact, it can deplete you even further. No, you need to start somewhere else.. You need to fill yourself up before your actions all follow suit.
We pray because of one simple reason: We love Allah. It’s the loving Allah part that makes it easy. It’s the loving Allah part that makes you stand up when you’re exhausted. Without that piece of the puzzle, nothing else will make salah stick.

When we look at the early Muslims, when Islam first came down, were there a lot of commandments? No, there weren’t. The early surahs are filled with lessons about Allah, about His Angels, His Messengers, His Books. The rules and regulations came later, after the foundation was built. So when we look at our own lives, why do we focus on the rules and regulations without paying attention to the foundation first?

If we want to be amongst those who pray.. Who pray regularly and easily.. Who jump up when the time for salah begins.. Then we need to begin first by building a love for Allah. And in order to do this, we need to KNOW Him.

I always tell people who aren’t praying to begin first with dhikr. Say SubhanAllah 100 times each day. And as you do so, reflect on our own weaknesses, and the Greatness of Allah. Reflect on how it is only with His Help that we are able to do anything. When you do this, you’ll start a habit of THINKING about Allah. You’re remembering Him.

And what happens when you remember Allah? It starts to soften your dead heart.. You start to have more peace.. And most importantly, He remembers YOU.

“Unquestionably, by the remembrance of Allah hearts are assured.” (Qur’an, 13:28)

Be MINDFUL of this as you sit each day doing some dhikr. Think to yourself, I am walking towards Allah.. As the last hadith goes on to say..

You’re not praying (yet) but be mindful that you are getting closer. Allow yourself to be in a state where you know you aren’t doing what you’re supposed to, but you’re taking steps to get there. One of the tactics of Shaitan is that he leads you to believe that it’s all or nothing. Either you’re praying, or you’re sinfully not. So when we’re not, a dark cloud of guilt hovers over us, leaving us in darkness, unable to move forward.

Do you know the story of the man who killed 99 men?

Abu Sa`id Al-Khudri (May Allah be pleased with him) reported: Prophet of Allah (PBUH) said: “There was a man from among a nation before you who killed ninety-nine people and then made an inquiry about the most learned person on the earth. He was directed to a monk.

In another version: “He was found to be nearer to the locality of the pious by a cubit and was thus included among them”. Another version says: “Allah commanded (the land which he wanted to leave) to move away and commanded the other land (his destination) to draw nearer and then He said: “Now measure the distance between them.’ It was found that he was nearer to his goal by a hand’s span and was thus forgiven”. It is also narrated that he drew closer by a slight movement on his chest.

What is awesome about this story is that he hadn’t dramatically changed in terms of his actions. He was just WALKING towards change. And that was enough for Allah. Allah is so patient that He watches us disobey Him. And He waits. Waiting for us to turn back to Him. SubhanAllah!

So begin by walking towards Him. And be mindful that when you do your dhikr, you are taking a step.

Another good step is to begin learning His Names. When you KNOW Him, really know Him, you can’t help but attach your heart onto Him. Knowing Allah’s Names will draw your heart closer to Him. And as it does so, you will remember Him more..

Over time, your desire to please Him and turn back to Him will increase.. And this, my friends, is what will fill you up. This is what will take away the hollowness.. THIS is what will make salah easy. THIS is where the advice, ‘take it one salah at a time’ will be beneficial. When you get to this place, it won’t be such a giant leap to contemplate standing up for one prayer. And slowly, one will become two.. And so on..

But before you begin building your prayers, take the time to build your foundations, just as they early Muslims did. Start with baby steps, like doing dhikr or learning His Names.

Saira Siddiqui is a freelance writer/online instructor who holds a Masters in Education. Prior to having children she taught for several years in the public and private sector. When she is not writing for others she enjoys writing for her own blog, Confessions of a Muslim Mommaholic. She currently lives in Texas with her husband and three children.